The history of departures from the Polish lands is hundreds of years old. From the initiative of the Gdynia city’s authorities, the historical edifice of the Marine Station became the first Museum in Poland that touches this subject.
The headquarters of the Emigration Museum in Gdynia is located right by the sea in the historical building of the Marine Station, which was erected during the interwar period. The present-day shape of this historical building is the result of
a thorough adaptation of this treasure of modernist architecture to its new role.

Our task, as a designers of the wayfinding elements, was to emphasize & complement the beauty of the modernist building – to make the final product look like an inseparable element of the existing space. These assumptions have leaded us to use materials (wood, steel, etc.) & design that were characteristic in the 20’s & 30’s. We decided to make the carriers playful and pleasent to look at (that’s why we have chosen modularity) As a result we developed both product (3D carrier design, construction) and graphic look of the presented elements.
They are unique and one of its kind! 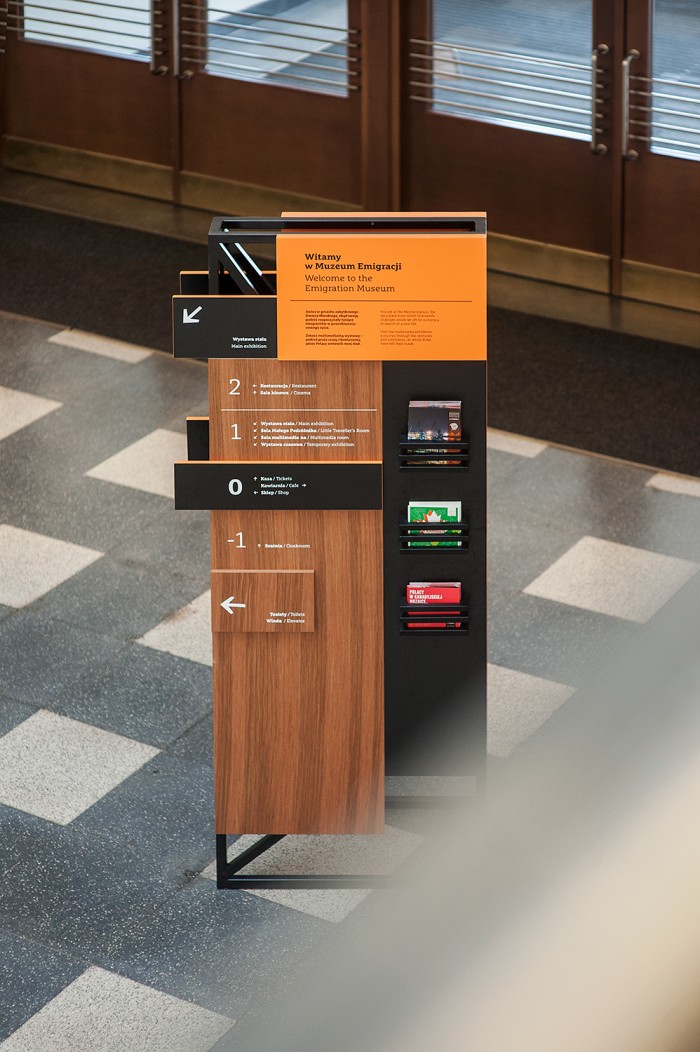 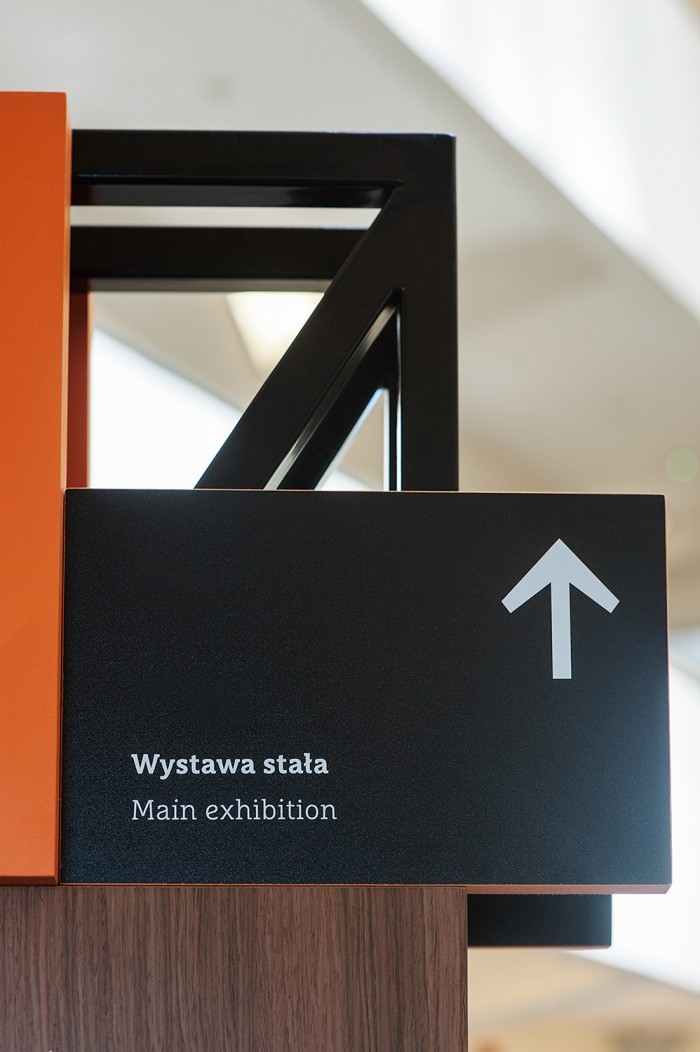 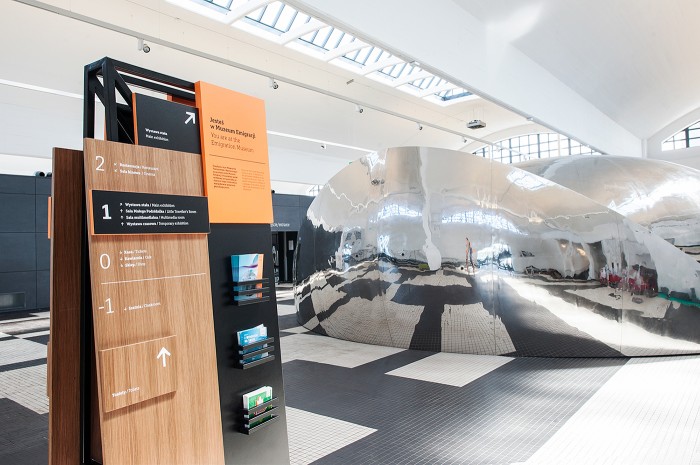 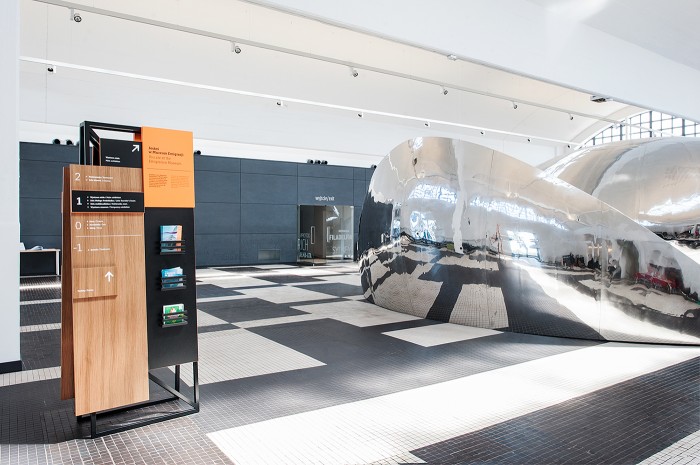 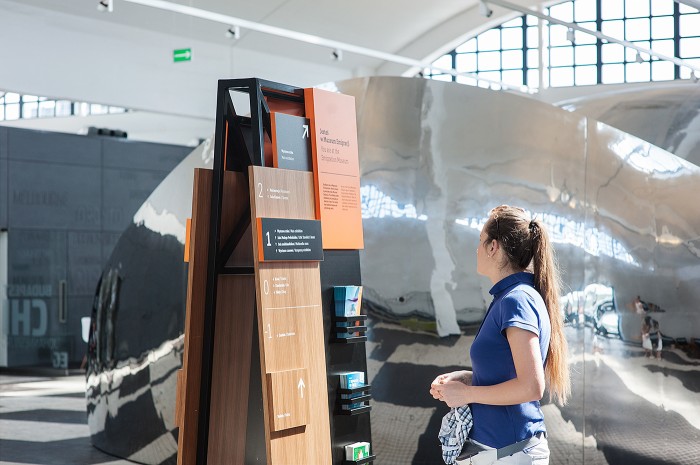 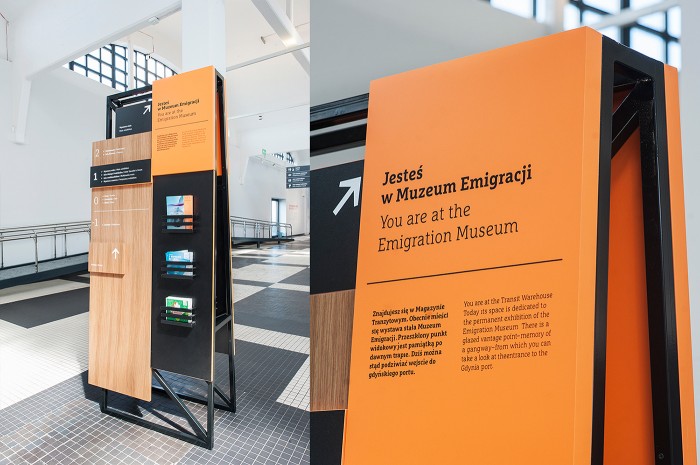 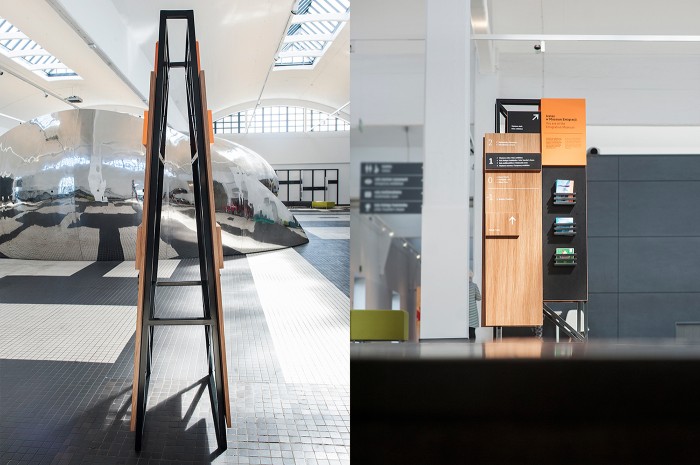 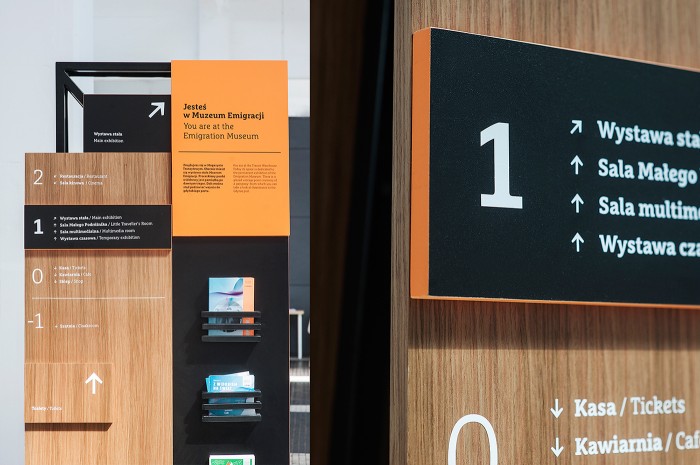 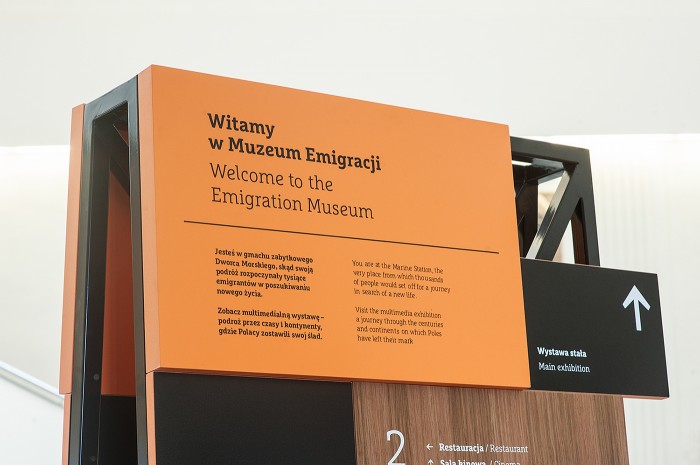 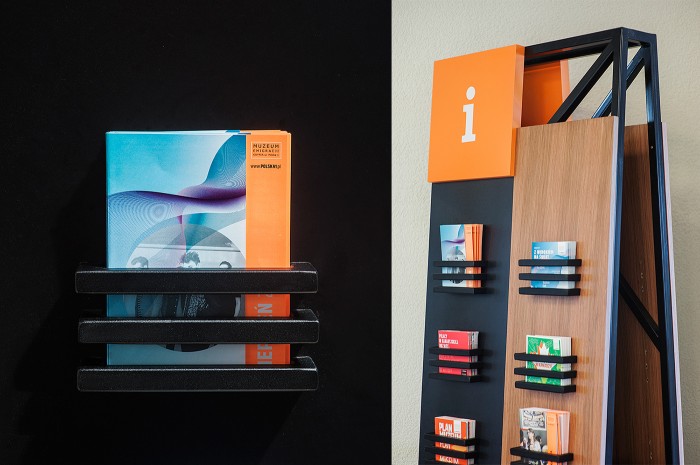 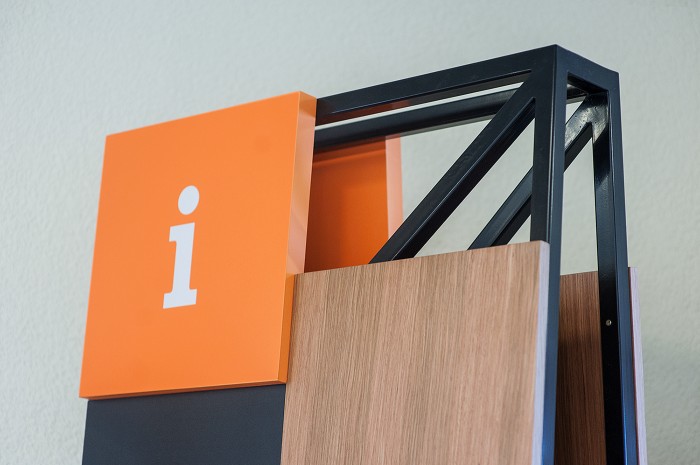